UFOlogy and the Latvian Association of Energy-EXCHANGE 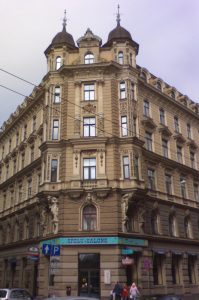 Laufen founded January 21, 1990. Today the Association is the largest public organization in the Baltic States, engaged in research work, which is based on two trends: a synthesis of all the accumulated knowledge of mankind on Earth, forecasting and modeling future evolutionary processes.

As part of research activities, our organization has conducted over 361 expeditions to Europe and Asia. In the process of expediting the work we have investigated a number of anomalous zones (in the Perm region, on the Kola Peninsula, etc.), as well as many megalithic structures (Stonehenge in England, Carnac in France, the maze of the Solovetsky Islands, dolmens in the Caucasus, the Urals Arch , etc.). In addition to the energy-value of the above sites have also been worked out historical sites, events and personalities (the Vikings, the Knights Templar, the Cathars, the Druids, Nostradamus, Wang, Leonardo da Vinci, Napoleon, etc.). Based on these data we can speak of a substantial correction in the conventional sense, the history of our civilization.

From 1990 to 1993 the Association produced a well-known to many newsletter “M-sky triangle.” After the removal of censorship in 1989, with the problems of ufology and parapsychology, it was the first periodical publication covering such topics in the former Soviet Union. Currently, we have prepared a series of popular science books on the latest developments and conducted ekspeditsiyam.V our work we use the best that science has been created in the history of mankind. We cooperate with professors and doctoral degrees from several institutions (including the University of Latvia). We also use the experience of world religions (Christianity, Islam, Buddhism, etc.). And in 1991 we received an official blessing to one of the expeditions from the Patriarch of All Russia Alexy II.

LPA was founded on 15 November 2001. This organization aims to unite all professionals related field. Recent developments make it clear that single time when everyone was working on itself, has passed. Currently there is only life prospects of those who can learn to work in a team of associates.

Recently, in the wake of general interest, a lot of psevdoparapsihologov, “healers”, “psychics”, but quite simply charlatans. Parapsychology Association puts one of its goals the task of peer review experts by testing capabilities and actual capabilities of the person.

The next task is to establish contacts and relations with foreign organizations, such trends. The issue is that today such a profession as a parapsychologist in the former Soviet Union does not exist, and all of its obvious importance and necessity for many. Thus, using a general trend aspirations of Latvia to the West, establishing credible relations with Western organizations of similar profile to help expedite the legalization of the profession of parapsychology in Latvia. Public recognition of the need first and foremost in order to be able to conduct research activities in all areas of parapsychology and help people. The possibility of obtaining foreign investments for the problems of combating emerging diseases in the aspect of parapsychology.

Another important task is to help the medicine in a smooth transition from working with investigators to work with the cause. Recent data show that modern medicine is unable to efficiently cope with new diseases, as all efforts aimed at addressing the external manifestations. Modern medicine has little diagnoses level consequences of the lack of understanding of energy-component of the disease. 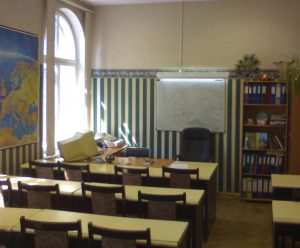 In the early stages of the courses were organized for 1-2 months, which allowed people to communicate the basic principles of the universe and the laws of the universe. Education was divided by thematic seminars (love and sex, marriage and family, the lost civilizations, secret societies, etc.). In the future we are convinced that the present information system requires structuring. Therefore, in 1996, was launched with a two-year course of study program entitled “Parapsychology Research.” The course included 70 items such as general education (physics, chemistry, biology, astronomy, etc.) and special (parapsychology, spirituality, bioenergetics, astrology, palmistry, etc.). The course consisted not only of theory but of practice, which included mandatory participation in the expeditions.

The number of educational groups increased steadily, which ultimately led to the creation of a separate training center. January 7, 2000 was established institution of higher education «Komunikācijas augstskola». But from experience we have learned that the Ministry of Education and Science does not welcome the introduction to the formation of new objects and methods that differed from our ideology. As a result, «Komunikācijas augstskola» was renamed the Training Center «Gudrība».

We have pretty high standards for the teaching staff – this is the level of professors, doctors. According to some spetspredmetam we lectures by specialists from abroad.

Upon completion of training the best students can find work in our organizations, but also have the opportunity to engage in teaching activities at the Centre.

HOW TO FIND IN RIGA (see map): 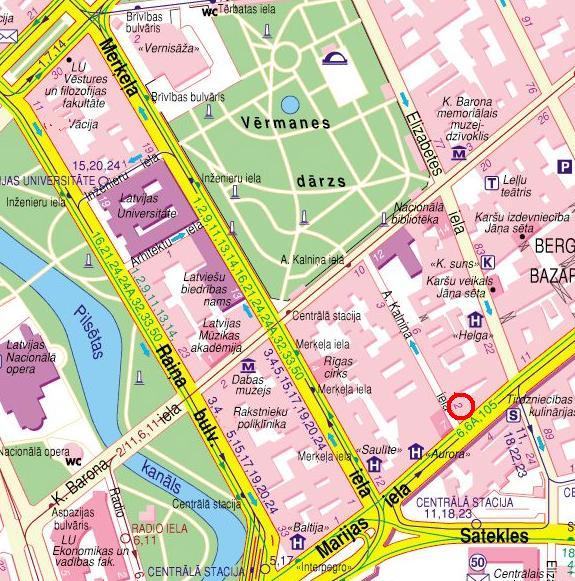